- History of the school -

In 1974, the Mayor Municipality of Consolacion, the late Hon. Hilaron Pepito founded Consolacion Muncipal High School.  It became under the supervision of Consolacion Central School Principal, Ms. Paz S. Heyrosa for two years. Two year levels were offered at that time with four teachers comprising the faculty and administration of the school:

In 1975, a year level was added, and in 1976, another year level was added thereby establishing a complete high school. Naga National High School became the mother school of Consolacion Municipal High School from 1979 to 1993 with Mrs. Teresita D. Lauron as Principal III. In 1989, the municipal high school was converted into a national high school.  Now CONSOLACION NATIONAL HIGH SCHOOL has evolved as a pilot school in the Division of Cebu Province with two sessions, i.e. the Day Class and the Evening Extension Class.

Consolacion National High School - Evening Class as a separate institution using the same facilities, has its list of past and present administrators:


The Evening Class Principals, (Past & Present) 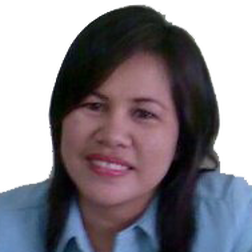 The Power Of Love - Celine Dion
More at MP3-Codes.com